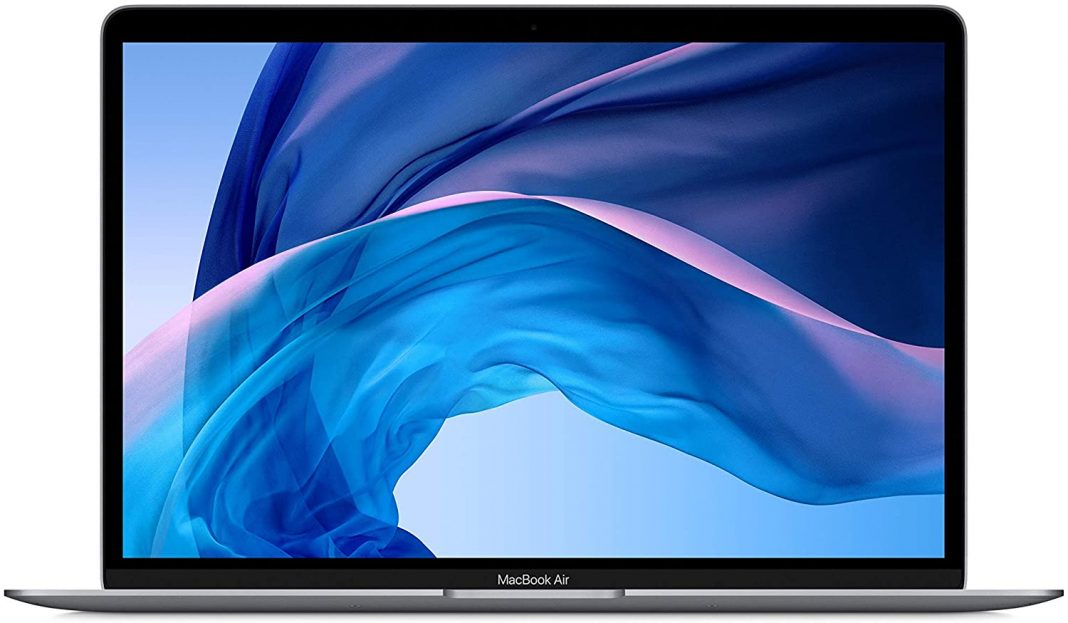 The Apple MacBook Air 13″ has gained mainstream recognition over the years. It’s the same story as the latest updated models that were released in March 2020. Even in pop culture and mass media, the MacBook Air is regarded as a quintessential choice for developers and users alike with respect to its aesthetics and performance.

However, the butterfly keyboard setup of previous versions didn’t sit well with most. Therefore, this new and improved MacBook Air with promised revisions has everyone expecting better. Additionally, the MacBook Air comes with a 13.30-inch display that has a resolution of 2560×1600 pixels. It is powered by a Core i3 processor and it runs on 8GB of RAM. Lets’ take a look at what really makes this MacBook Air (2020) tick.

The MacBook Air comes in quite light with a weight of only 1.29 kg (2.8 pounds) as a result of its sleek aluminum build. The MacBook also features pronounced bezels on all sides bordering the 13-inch IPS LCD Retina display. Moreover, the laptop offers a high 2560×1600 resolution with a pixel density of 227 ppi, peaking at 400 nits brightness. In addition, the Backlit Magic Keyboard shows off 78 (U.S.) or 79 (ISO) keys including 12 function keys and 4 arrow keys in an inverted-T arrangement. Additionally, with the aid of an ambient light sensor inbuilt, the MacBook Air offers the True Tone feature which is well known in Apple devices for adjusting to varying lighting conditions. However, it brings along the standard spacious touchpad for MacBooks; a Force Touch trackpad for precise cursor control and equipped with pressure-sensing abilities; enables Force clicks, accelerators, pressure-sensitive drawing, and Multi-Touch gestures. As a result, it takes user interaction to the next level whilst paying attention to minimal physical hints such as pressure and sensitivity. Finally, we get a Touch ID sensor to secure your Mac even better.

The MacBook comes with a 720p FaceTime HD camera. Apart from the lingering keyboard setup issue among Mac users, another issue is the low-quality21az webcams. As a result, we suspect this MacBook doesn’t escape this pitfall. In confirmation, we have gathered a handful of reviews online which attest to this fact. However, this flaw may be overlooked by many but might be a deal-breaker to a few. In conclusion, it all comes down to personal preference. Additionally, there may be privacy issues as the webcam does not have a physical kill switch unlike the Infinix INBook X1 Pro

The MacBook Air runs on Intel Core i3 10th with an integrated graphics card. Moreover, on testing, it was seen that it can sustain heavy workloads but in return, the system engages in aggressive thermal throttling. In other words, it caps the maximum speed of the processor in order to reduce system heating. In addition, Apple incorporates the Turbo Boost feature, which can race the processor to 3.2GHz to accomplish a demanding task and rev it down to 1.2GHz. As a result, this allows for efficient energy consumption and elongates battery life in the process. Simply put, the MacBook Air wasn’t built for intense workloads and computation. In contrast, normal day-to-day tasks would run without a hitch on the MacBook Air.

Apple has stated that this MacBook Air can offer up to 11 hours of battery life. The Mac Air comes with a 49.9Wh Li-polymer battery to keep it juiced. We just have to take them by their word on this one. Moreover, the laptop comes out of the box with a USB-C Charge Cable (2 m) and a 30W USB-C Power Adapter for speedy recharges. Finally, the 33W brick has an advantage as it means any third-party USB PD device will suffice for charging the Mac Air.

The Apple MacBook Air price starts at around $999.99 which is about NGN 410,000 and it is available at global online stores like Jumia, Amazon, and many more. The MacBook Air is available in Gold, Silver, Space Grey color options.

The MacBook Air is an all-rounder as it is not lacking in any major areas. We get a top-notch display, connectivity options, and battery life as well. Unfortunately, the poor camera quality is a let-down especially for a seasoned manufacturer like Apple but the improvement to the keyboard setup was happily received by the masses. In conclusion, the Apple MacBook Air is a premium choice if you’re looking for moderate performance and a top-notch user experience.