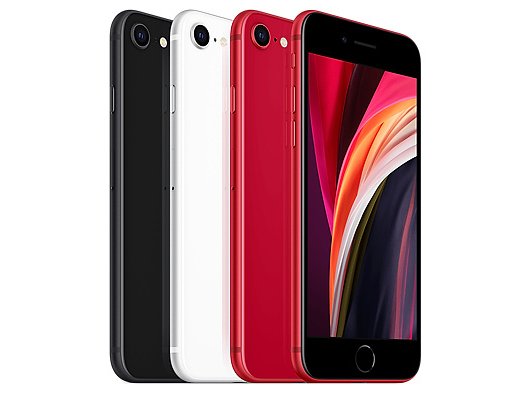 The iPhone SE is one of a kind among Apple’s smartphones. This is because the iPhone SE is a budget smartphone. One thing to note is that the iPhone SE was released twice, first in 2016 and next in 2020. It is often called the best value Apple phone because of its price and specifications. This SE houses a flagship Apple A13 Bionic chip, Apple graphics GPU with a 12 MP main camera. Its retina IPS LCD has a resolution of 750 x 1334 pixels. It comes in black, white and red which is pretty aesthetic. In terms of multitasking, it has 3GB of RAM with 64/128/256GB of storage space.

In this review, we will be discussing its specifications and the reason why this phone is the best value Apple phone one can buy.

In terms of design, we talk about its size, build, colours and more. The iPhone SE is a small phone with a 4.7-inch screen and a screen to body ratio of 65.4%. It is covered in a glass screen and back and with an aluminium frame for rigidity just like the iPhone 11. If you look at this phone from the rearview, you will see the camera lens and LED flash with the Apple logo at the centre. On the screen of the phone are the bezels and display.

For the sake of variety, it has a red, black and white variant depending on user preference. The display of the iPhone SE is a beautiful one, with a retina IPS LCD which is good for media and graphics consumption. The iPhone SE has a home button at the mid-bottom of the device for navigation on iOS 13.

The camera is the highlight of almost every Apple product as they are always spectacular. The iPhone SE has a 12 MP main camera and a 7MP selfie camera for taking brilliant photographs and facial recognition. Some users may be disappointed with the 7MP selfie camera but the A13 very Bionic is good at processing images. This device also has various photo features like the panorama and dual-LED flash for taking impressive shots. It shoots videos with a resolution of up to 4K at 24, 30 and 60 fps with optical image stabilisation.

Generally, the iPhone SE camera is good enough for the price and specifications it goes for.

In terms of battery life, the iPhone SE isn’t great, it has a non-removable battery of 1821 mAh capacity with an 18W fast charger which fills the battery in about an hour. The iPhone SE is powered by the flagship A13 Bionic chip Hexa-core processor which ensures enhanced performance, quality images and manageable battery life.

It has 3GB of RAM with 64,128 and 256 GB of storage depending on the variant you purchase. The iPhone SE has the Apple graphics GPU that makes playing games and other functions such as video editing very enjoyable and smooth.

When talking about connectivity, the iPhone SE is very good as it has Wi-Fi 802.11 a/b/g/n/ac/6, with dual-band and hotspot for Internet sharing. It comes with Bluetooth 5.0 for network connections with other gadgets and GPS for location services. The NFC function is enabled for the iPhone SE, it has 2G, 3G and 4G internet network speeds.

The iPhone SE isn’t the most durable phone, but it’s not the worst either. Its build consists of a glass screen and glass back which is ok to manage but may also get cracked. This device is bordered by an aluminium frame which helps in both design and strength. In terms of water resistance, the iPhone SE has IP67 dust and splash protection for dust and fluids(it can stay 1m underwater for 30 minutes) this IP rating is important for swimming and other fluid-related activities and accidents.

If you compare the specifications of the iPhone SE such as the processor with the price, it is very obvious that the iPhone SE is a good value Apple phone. However, the battery capacity is one thing that isn’t great about this phone as it is not strong enough for daily and regular usage. From customer feedback and reviews, the camera is said to be very good so you can be rest assured that the brilliant camera is of one the strongholds of this phone.