Itel is a Chinese smartphone company that is known for releasing budget phones with good specifications. The Itel P37 is one of their phones, released on the 21st of May, 2021. This device has a 6.5-inch HD+ display and a 720 x 1600 pixels screen resolution that makes media such as videos and gaming very immersive. In terms of storage and multitasking, It has 2GB of RAM and 32GB of storage plus an SD card slot for expandable storage. The Itel P37 has an 8MP rear camera and an 8MP selfie camera, this camera is actually not very awesome but it does a decent job.

The Itel P37 comes in three different colors depending on user preference, gradient purple, gradient blue, and dark blue. In terms of battery life, this phone comes with a 5000mAh battery which can last up to a whole day or more depending on usage. It is powered by a quad-core UNISOC SC7731E @ 1.3 GHz processor and has a Mali-T820 MP1 GPU. Below are some of the Specifications of this phone.

When it comes to physical design the Itel P37 is a smooth device with curved edges that give it a very comfortable feel. Its body is wrapped in a plastic back and has scratch-resistant glass. The Itel P37 has a 6.5-inch HD+ display which is very vibrant for media and screen-related usage. It features an IPS-LCD panel with a screen resolution of 720×1600 pixels which has a nice image representation.

Looking at the Itel P37 from the rearview, it has its camera module at the top left of the back. The fingerprint sensor is also located at the center. On the front, is a few drop 8MP lens for selfie photographs. Generally, the Itel P37 has an efficiency that gives a very smooth feel.

The main camera of the Itel P37 has an 8+0.3MP main shooter, Although this camera is not as impressive as the Infinix Note 10, this device is still able to take decent photographs. The selfie camera consists of an 8MP lens which is also good.

The camera also has some special features like panorama, HDR, and Autofocus, as a result of this, the Itel P37 can take brilliant photographs in extreme conditions such as low lighting and tight corners.

Let’s talk about performance first, the Itel P37 houses a powerful quad-core UNISOC SC7731E @ 1.3 GHz processor. This processor works together with the 2GB RAM and 32GB of storage for multitasking and performance. The Itel P37 has an ARM Mali T820 MP1 GPU for graphics-related functions such as gaming and video editing.

All these specifications are powered by a non-removable 5000 mAh battery with a very awesome battery life of up to one day or more depending on usage. Same battery capacity as its higher version, Itel P37 Pro.

The price of the Itel P37 is one of the strongholds of this phone. This device sells for about $77 or 39,000 naira and with that, you get all the specifications that come with it. It is available in phone stores all over Nigeria and in online stores such as Jumia for sale. The Itel P37 is definitely worth its price.

The durability of the Itel P37 is good and there are certain features responsible for that. Firstly it has a plastic back which enables it to resist fall from heights, it also has scratch-resistant glass which ensures you have a clear display no matter what. The spare parts of the Itel P37 are also available in case of extreme damage.

Generally, the Itel P37 is a very valuable phone to buy because it is affordable and has specifications that are good enough for the user. The main advantages of this phone are its massive 5000 mAh battery, and the 6.5-inch HD+ display plus its price. It is very important to note that this phone is for regular users and not for gamers or high-end users. If you are interested in a phone that is good for gaming and high-end performance check out our review on the Tecno Phantom-X 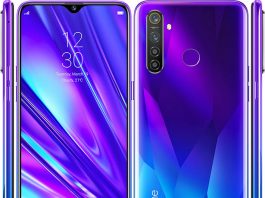 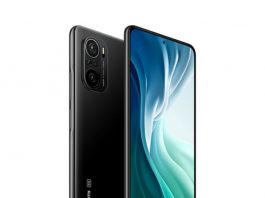 ABOUT US
Emsgadgets brings you information on techs, crazy smart home products, consumer gadgets, reviews, and prices of smartphones and laptops, including tips.
Contact us: emsgadgets1@gmail.com
FOLLOW US
Emsgadgets | All rights reserved
Potus Trump NFT